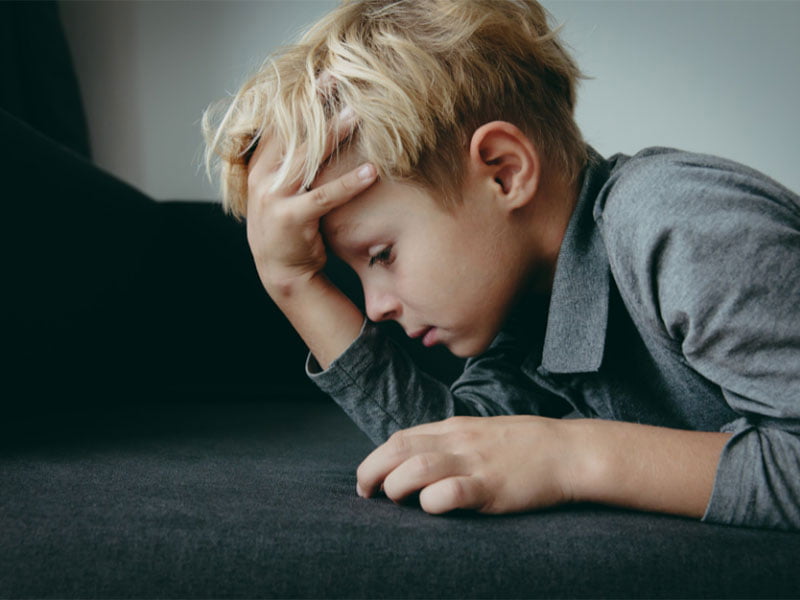 The need to support young people and their mental health has never been more important than it is today. There are greater demands on our young people with the surge of unrealistic standards instilled through social media, as well as with peers, and we have a responsibility to ensure they are supported on their journey to adulthood.

According to the Mental Health Foundation, one in six children will be affected by ill mental health. This includes depression, anxiety and conduct disorder. Unfortunately, it reports that:

“75% of children and young people who experience a mental health problem aren’t getting the help they need.”

An alarming statistic which, in this current day and age, is unacceptable.

The Open University has created a short course highlighting key events in the history of children’s mental health. It makes sober reading and accentuates the importance of education and understanding.

In the 1800s it was usual for children who were regarded as ‘psychiatrically unwell’ to be institutionalised. In 1895 Henry Maudsley, who was a pioneer in the world of psychiatry, wrote The Pathology of Mind:

“How soon can a child go mad? Obviously not before it has got some mind to go wrong, and then only in proportion to the quantity and quality of mind which it has …”

Throughout the book, Maudsley explores various conditions displayed by children and the way they affect their mental health. Night terrors, nervousness, hallucinations and excitability are all discussed, as well as his opinion that children could not be treated properly if they were to stay in the family home.

This is not something that is readily carried out in today’s society and our understanding of cognitive development has grown with the help of Jean Piaget, the renowned psychologist, who evidenced that children think in a different way to adults. Although his research was considered revolutionary, it is widely accepted today that knowledge grows throughout childhood. We have a duty to ensure that the society our young people dwell within acknowledges the need for a more stringent and efficient system to support their mental health.

Children should be seen and not heard.

‘Children should be seen and not heard!’  This is an archaic and unwelcome expression which dates back to the 15th century and, without a doubt, should have been left there! Children’s voices are important. They deserve to be heard and encouraged to express their thoughts and feelings. Spurgeons Children’s Charity offers play therapy and support for young people who are struggling with their mental health. They encourage family connection to create a better, collaborative relationship:

“…how about a family commitment to increasing connection time? A family date, once a week, for a board game? A special ten minutes, every day, with your child – both of you off screens, both of you together.”

“My step-father despised talking at the table,” recalls Jane. “There was a definite embargo on free speech which, on hindsight, was a gift (of sorts.) It propelled me to write and explore my precocious mind spending free time at the local library, immersed in a world which was kinder than mine. Therefore, as I grew my own family I encouraged talking at the table. It was an opportunity for my children to laugh, whinge, moan and discuss anything they desired.”

Jane recalls: “Upon starting mainstream secondary school it was apparent that my son’s Neurodivergence was going to cause difficulties. He didn’t fit into a neat, tight little box wrapped with a bow and the other children struggled with that. He is funny, creative, musical and could give Mastermind’s Clive Myrie a run for his money – particularly on the topic of Vikings (although his hyper focus may change before that occurs!).”

His peers, however, struggled with his individuality and he was ostracised throughout most of his childhood years. An altercation on the school bus resulted in her son receiving a broken nose but, what was far more of a worry was his broken spirit.

When you have a child that loves school but becomes anxious and depressed at the thought of stepping onto the bus each morning, alarm bells start to ring. He was diagnosed with high anxiety and severe depression at thirteen years old and, for Jane and her family, it was devastating.

“We have always been a positive and upbeat family, managing to see the brighter side of life in a cup half full kind of way.”

Jane was on a mission to explore ways to support him.  A multitude of articles highlighted the fact that learning a musical instrument would be advantageous.

The benefits of music therapy has been scientifically proven to boost brainpower, language skills and aid restful sleep. ADDitude Magazine highlighted the advantages of music in an article by music therapist, Patti Catalano:

“The benefits of music are wide-ranging and well documented. From teaching empathy and improving memory and concentration, to helping track time and easing emotions, music can change the life of a child with ADHD.”

“Each week I would drop him off for his 30-minute session which gradually increased to an hour,” said Jane.  “I noticed that when he would come out to meet me he was full of energy, bright and happy. He talked about what he had learned, on the journey home, and could not wait to start practising his chords and scales.  He was a different boy.”

Another change followed with the move to a school which specialised in supporting Neurodiverse children. Upon arriving home after his first day, Jane’s son said:

“The school gets me. They understand who I am and don’t make me feel bad about myself or weird.”

This, in itself, is heartbreaking, but a wonderful statement at the same time. Jane’s son had access to a counsellor who he was able to speak to at any time and this was ground-breaking in his recovery.

Her son’s music lessons continued and as the years progressed, he began to build a strong bond with Terry, his music teacher. His school and Terry entered a piece of his music into the Unique Art Awards, which is funded by the Mouth and Foot Painting Trust Fund, where he won the gold award in his category and continues to thrive with his love of music.

Terry believes that his passion for the arts was a huge part of the healing process:

“When Jane’s son first came to see me he was quiet and nervous and he didn’t seem to have much of a spark. Over the years, he has proven to be talented beyond anything I thought he would achieve. He has a great sense of humour and I’m proud to have been part of his journey.”

The Young Lives Foundation, based in Kent, is an award-winning independent children’s charity that supports young people through times of difficulty and distress, assisting them to achieve their potential.

Through their work they engage a team of volunteers to mentor and befriend young people who may be socially excluded or at risk of offending. They help them work towards achievable goals to help build self-esteem and improve relationships. The ability to talk to someone, without reproach, can be the first step in opening up about any difficulties a young person may be experiencing.

They are a great example of how growing together through mental health challenges can be achieved in a positive and inspiring way.

Written by Beverley Nolker, Education Development Officer for Psychiatry-UK and the HLP-U Clinics.