We can currently offer Autism assessments for adults within about 18 weeks following completed forms being returned, but we are working hard to build our clinical capacity to undertake assessments. We will update this page with estimates of waiting times as they develop. Please accept our apologies for any delay you experience accessing our services.

The broader continuum of Autism is usually referred to as Autistic Spectrum Disorder (ASD), or Autistic Spectrum Condition (ASC). They are really the same thing but we tend to call it a condition nowadays as it is less stigmatising than being labelled as having a disorder.  An Autistic Spectrum Condition is diagnosed as a result of observations of a collection of neuro-developmental traits that seem to appear and develop in childhood. Their causes are not fully understood, although it appears almost certain that genetic factors are involved. The term ‘spectrum’ is used because, while all people with autism share three main areas of difficulty, their condition affects them in different ways. What is commonly referred to as Asperger’s Syndrome is a condition on the Autistic Spectrum, but the label has been less frequently used by professionals in recent years since it was shown to be used differently by different centres.

ASC is what is known as a neurodevelopmental condition and is very closely related to and co-morbid with other such conditions, including ADHD. Many children have their ASC recognised during childhood, but they or their families are either unable or unwilling to receive a diagnosis or seek treatment. If you have a child or adolescent for whom you are seeking a diagnosis, or to learn more about what can be done to help, do please visit our child and adolescent Autistic Spectrum page.

What is the prevalence of ASC?

Autism is estimated to affect at least 1 in 100 people. The number of people identified with ASC appears to be rising, possibly reflecting increasing awareness and identification, rather than any change in the number of people affected.  Seemingly, ASC affects more boys than girls although this may be because of underdiagnosis in females: the ratio used to be quoted as 4:1 male:female, but is now considerably less. Around half of people with autism also have a learning disability (sometimes known as ‘low-functioning’ ASC), while the rest do not, and therefore have so-called ‘high-functioning’ ASC, which includes what used to be called Asperger’s Syndrome.

What are the main symptoms of ASC? 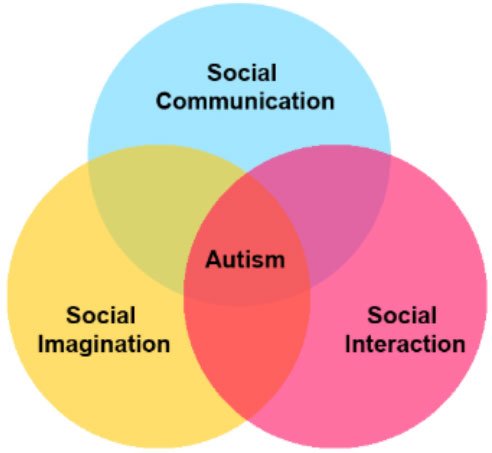 The Triad of Impairments

Traditionally, Autism has been seen in terms of the ‘Triad of Impairment’, which refers to a division of the features of ASC into difficulties with: ‘social communication’; ‘social interaction’; and ‘social imagination’, which includes restricted or repetitive interests. Examples of these are:

Social Communication and Understanding – difficulties may include:

Social Interaction and Cues – difficulties may include:

Social Imagination – difficulties may include:

Other related features can include:

Recent research has led to these diagnostic criteria being brought together into the two domains of Social and Communication Difficulties and Repetitive/Restricted Behaviours (incorporating difficulties in adapting to change and unusually narrow interests). People with Autism lie on the intersection of these two dimensions, meaning that they have to show some of both groups of features. Showing just one group does not warrant a diagnosis on the Autism Spectrum; whereas the co-occurrence of the two dimensions means that ASC can be viewed as a syndrome.

It is worth noting that everyone is somewhere on the continuum, some having more autistic traits than others, but it is the degree and pattern of impairment which leads to the identification of a ‘disorder’ as it used to be defined.

Is a diagnosis helpful?

Unfortunately, there is no medication recommended for the core symptoms of ASC.

Some patients feel having a formal diagnosis is unhelpful as nothing can be done to help with their condition. This isn’t completely true. A diagnosis can be very helpful to underpin an assessment of likely support needs, particularly as the extent of these needs may be partially hidden by ‘normal’ I.Q. and language skills. Knowing that a person has a diagnosis of ASC can be important at work, in relationships, and in family settings.  Many people, on receiving a diagnosis of ASC in late adolescence or adulthood, report that a diagnosis has helped them make sense of difficulties experienced in their lives to date, for example with forming social relationships, or managing jobs that require empathy.

A diagnostic label can also prevent people with ASC being misdiagnosed with a mental illness such as Schizophrenia or Personality Disorder, or becoming victim to the criminal justice system. For instance, a diagnosis might lead to a caution rather than a conviction. These sorts of scenarios can have severe impacts on people’s lives, including, for instance, inappropriate use of medication, or difficulties with employment.

Coaching and other psycho-social support

The one thing that can definitely help with managing Autism is targeted specialist coaching. Those on the spectrum are often very capable of learning techniques and strategies to manage particular situations or types of interactions.

Who can make a diagnosis?

Diagnosing ASC requires considerable training and expertise as it may be difficult to distinguish from a mental illness. Primary Care clinicians such as GPs are generally not confident in identifying and diagnosing adults with ASC, and hence specialised diagnostic services are required. At Psychiatry-UK we have a number of both general adult and child and adolescent psychiatrists who specialise in this field.

Is ASC associated with any other conditions and what is the treatment for ASC? 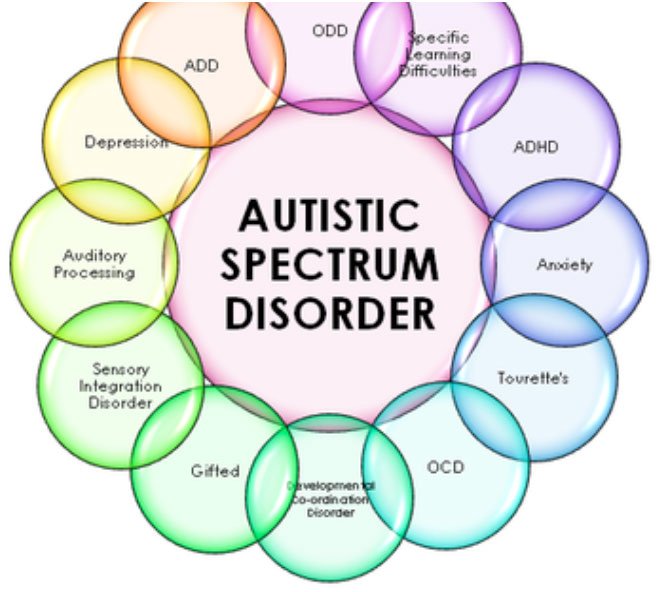 Many people with ASC also suffer from a number of coexisting mental and physical health disorders, the treatment of which may be complicated by this comorbidity. A number of psychosocial interventions can be used to target these conditions, for instance, Cognitive-Behavioural Therapies have been used to treat Depression or Anxiety or OCD in individuals with ASC. More information can be found on our pages on psycho-social interventions. When coexisting conditions such as Depression, Anxiety or ADHD are successfully treated, a person’s ASD should become easier to manage.

I think I have ASD – Is it too late to get a diagnosis after a certain age?

It is never too late to get a diagnosis. A diagnosis can help increase understanding (yours and others’), and help you to work on any areas within your life that you find challenging.  Learning about ASD, and understanding any potential problems you might be experiencing as a result of having the condition, can help you at any age and any stage in life.

What is the National Strategy for people with autism?

Several government papers and research such as Fulfilling and Rewarding Lives and Supporting People with Autism through Adulthood set out aims in the following main areas.

ASD assessments performed by Psychiatry UK Consultants involve filling in two ASD Pre-assessment Questionnaires as standard practice (Self Report ASD Questionnaire and Informant Report ASD Questionnaire) in advance of the assessment, followed by an online assessment which will take one hour. In complex cases, when further exploration is necessary, a further meeting can be arranged either with the patient, an informant, or both. In some cases, a formal standard ASD diagnostic instrument might be recommended in order to elucidate the diagnosis. Any further meetings and tests will attract additional fees which the assessing Consultant will discuss, if relevant, at the end of first consultation.

It is advisable that prior to asking for an ASD assessment you take an AQ50 screening test (https://psychology-tools.com/test/autism-spectrum-quotient). If the score is lower than 26/50, the likelihood of a diagnosis of ASD is low, therefore we do not recommend you have an assessment, unless you would like us to rule out the diagnosis of ASD.

By continuing to use the site, you agree to the use of cookies. more information