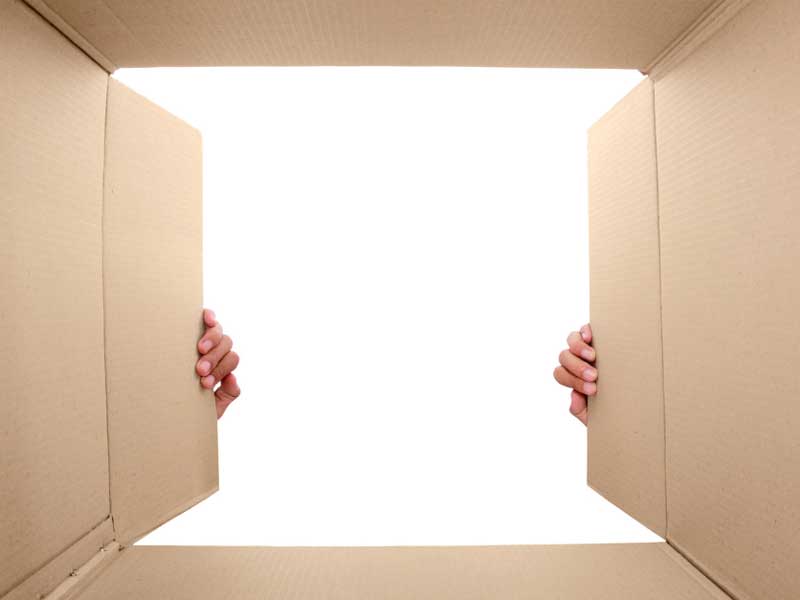 What does the word ‘divergent’ mean? The dictionary defines it as ‘tending to be different or develop in different directions’.1 This can be said to be true for people with ADHD. They are recognised for their ‘Out of the Box’ thinking, their creativity and, at times, their eccentricity.

Divergent thinking and ADHD tend to go hand in hand. Creativity tends to be part of the essence of ADHD and should be encouraged and nurtured.

Thinking outside the box was a concept originally thought of by psychologist, J P Guilford.  The study focused on the challenge of connecting nine dots using four straight lines.  The pencil could not be lifted from the page and since its inception in early 1970 many people have tried and failed as they did not ‘think outside the box’. 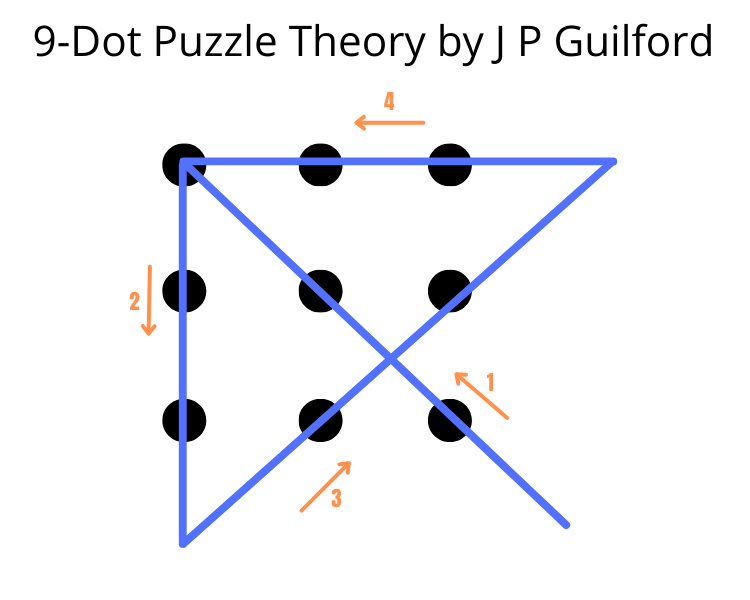 At a talk at the Royal Society of Arts, the late, great, inspirational educator, Sir Ken Robinson, explored the problems encountered by the lack of creativity in education. Changing Education Paradigms 3 has inspired a plethora of educators since its inception. It is a controversial presentation as it puts into question the ‘Plague of ADHD’. Sir Ken does not dispute that ADHD exists but he argues that the standardised testing, prolific in our education system, has played a part with increased childhood diagnosis.

On the topic of divergent thinking he states:

“Divergent thinking isn’t the same thing as creativity. I define creativity as the process of having original ideas that have value. Divergent thinking isn’t a synonym but it’s an essential capacity for creativity. It’s the ability to see lots of possible answers to a question, lots of possible ways of interpreting a question to think, what Edward de Bono would probably call laterally, to think not just in linear or convergent ways. To see multiple answers, not one.”

He goes on to describe a longitudinal study that explored the brains of young people as they matured. Their ability to be a divergent thinker diminished with age or, as Sir Ken espouses, ‘as they were educated’.

Our current education system works on the premise that students should learn convergently, where the learning and activities are structured and organised, and routines are rewarded. Divergent thinking is a way of thinking of ideas, with ideas spinning off those ideas. An individual with ADHD may struggle within the confines of a convergent environment and the education system may become a barrier to achievement.

In her book, The Edison Trait: Saving the Spirit of Your Non-conforming Child (1997), clinical psychologist, researcher and author, Lucy Jo Palladino 4 examines the elements of divergent thinkers. Although the book is not about ADHD, the traits of a divergent thinker, or ‘Dreamers, Discoverers and Dynamos’ as featured in Palladino’s book, are so close to that of someone with ADHD you could be forgiven for thinking they were the same.

Palladino describes a boy who struggled with the linear method of learning:

‘He was a boy who learned only by doing. At age six, he had to see how fire worked and accidentally burned his father’s barn to the ground. The next fall he began school, where he alternated between letting his mind travel to distant places and keeping his body in perpetual motion in his seat. Because he was distractible and restless, he did not last long in a formal classroom. His teacher called him “addled”. Eventually, his mother had to home-school him. As an adult he would recall: “My father thought I was stupid and I almost decided I must be a dunce.” The core of his learning was his passion for experiments…’

The boy described was Thomas Edison, the divergent, incredible mind that provided us with electricity and sound recording.

She also describes the qualities of a creative mind:

“A child with the Edison trait makes sudden, astonishing connections. Because his inner critic disallows neither the ridiculous nor the sublime, he can be innovative, ingenious and fascinating. He can see ordinary things in extraordinary ways, which is the very essence of creativity.”

Do these descriptions sound familiar? A glance at the school report of a person with ADHD would certainly include some of these comments.

David Neeleman, Founder of Fortune 500 company, JetBlue Airways struggled in school.  The standardised tests were problematic and challenging. However, an article in ADDitude Magazine 4 reveals that he also knew he was destined for greater things:

“I knew I had strengths that other people didn’t have, and my parents reminded me of them when my teachers didn’t see them”, says Neeleman. “I can distill complicated facts and come up with simple solutions. I can look out on an industry with all kinds of problems and say, ‘How can I do this better?’ My ADHD brain naturally searches for better ways of doing things.”

Emily (34) is the parent of a child who has ADHD. She recalls:

“When he was in his foundation year at school, prior to his diagnosis, he became a runner. He would run out of the classroom, not to escape, but to find out what was happening in other classrooms. If there was a lesson involving music that is where the teacher would find him. He would get taken back to his class but then the poor behaviour escalated.

“When he was, eventually, diagnosed I read an article about how music can help children with ADHD. I enrolled him in piano and guitar lessons straight away. At the age of 18 he is now at college and uses a range of instruments and sounds to create unusual compositions which impressed his tutor during his interview.”

Emily’s son is a prime example of ‘No Box Thinking’. So, when you see a new invention, a piece of art or hear a different genre of music, you could be experiencing the creativity of a divergent thinker who happens to have ADHD!

Written by Beverley Nolker, Education Development Officer for Psychiatry-UK and the HLP.U Clinics.